Bank On Miami is a collaborative effort between Miami-Dade County, United Way Miami, financial institutions and other government entities and non-profits. Created as an initiative of Miami-Dade County Commission Chairman Jean Monestime’s Council for Prosperity Initiatives, Bank On Miami was formed to help improve the financial stability of low- to moderate-income families across our community.

Miami-Dade County has one of the highest income inequality gaps in America and is home to tens of thousands of unbanked and underbanked households who frequently use expensive, unnecessary and sometimes predatory financial services such as check cashers.

Through financial education — and a connection to a wealth of community resources and coordination with banks, credit unions and other financial institutions — Bank On Miami supports increased access to needed financial products and services to enhance the economic mobility and wellness of Miami-Dade County residents, helping thousands of individuals save money and build their financial futures. 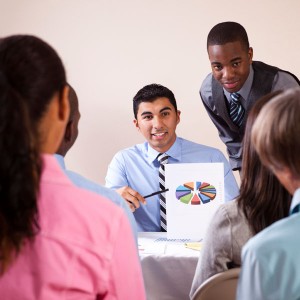 Bank On Miami has partnered with many different institutions to offer safe and affordable financial products and services, as well as high-quality financial education.

Overall, Miami-Dade County ranks 5th in the nation among unbanked counties, with almost 15% of residents unbanked and over 20% underbanked.

Without a bank account, the average person will spend anywhere from 2.5% to 10% of their income at check cashers each year.

A bank or credit union account can be the first step in saving, planning for the future, building credit and climbing the economic ladder.

*Underbanked:
have a bank or credit account, but use alternative financial services, such as check cashing, payday loans, rent-to-own, and/or pawn shops.

According to a Brookings Institute report, “a full-time worker without a checking account could potentially save as much as $40,000 during his/her career by relying on a lower-cost checking account instead of high-fee check-cashing services. Depending on types of checking accounts, residence, money management skills, and account stability, this same unbanked worker, assisted in transferring his savings into a savings bond, could generate as much as $360,000 in wealth over his/her 40-year career. That would allow one of those workers to finance about 25 years of retirement at their current standard of living.”